Students, parents and staff of Gause Elementary School had a special visit with famous people from history such as Neil Armstrong, Steven Spielberg, Jane Goodall, Jackie Robinson and Milton Hersey at the “Famous Person Museum” in the Gause Library on June 18. 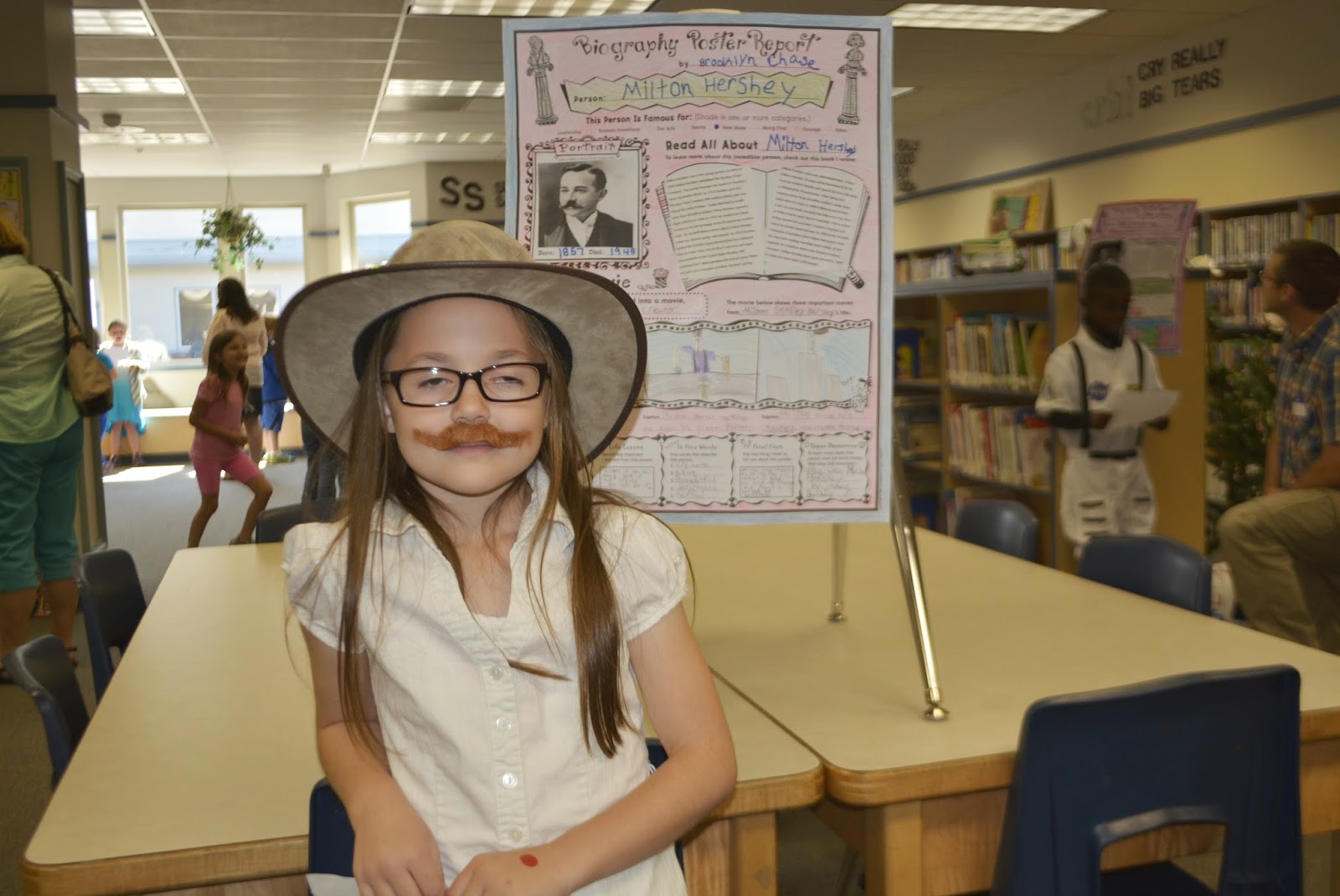 Those famous people were actually Julie Taie’s second grade students sharing research they had completed over the past five weeks.  The students stood like statues around the library, many dressed as the famous people they had studied. When someone touched the magic red dot on the back of their hand, they would come to life as that person and explain what had made them famous, many had memorized their entire speech. 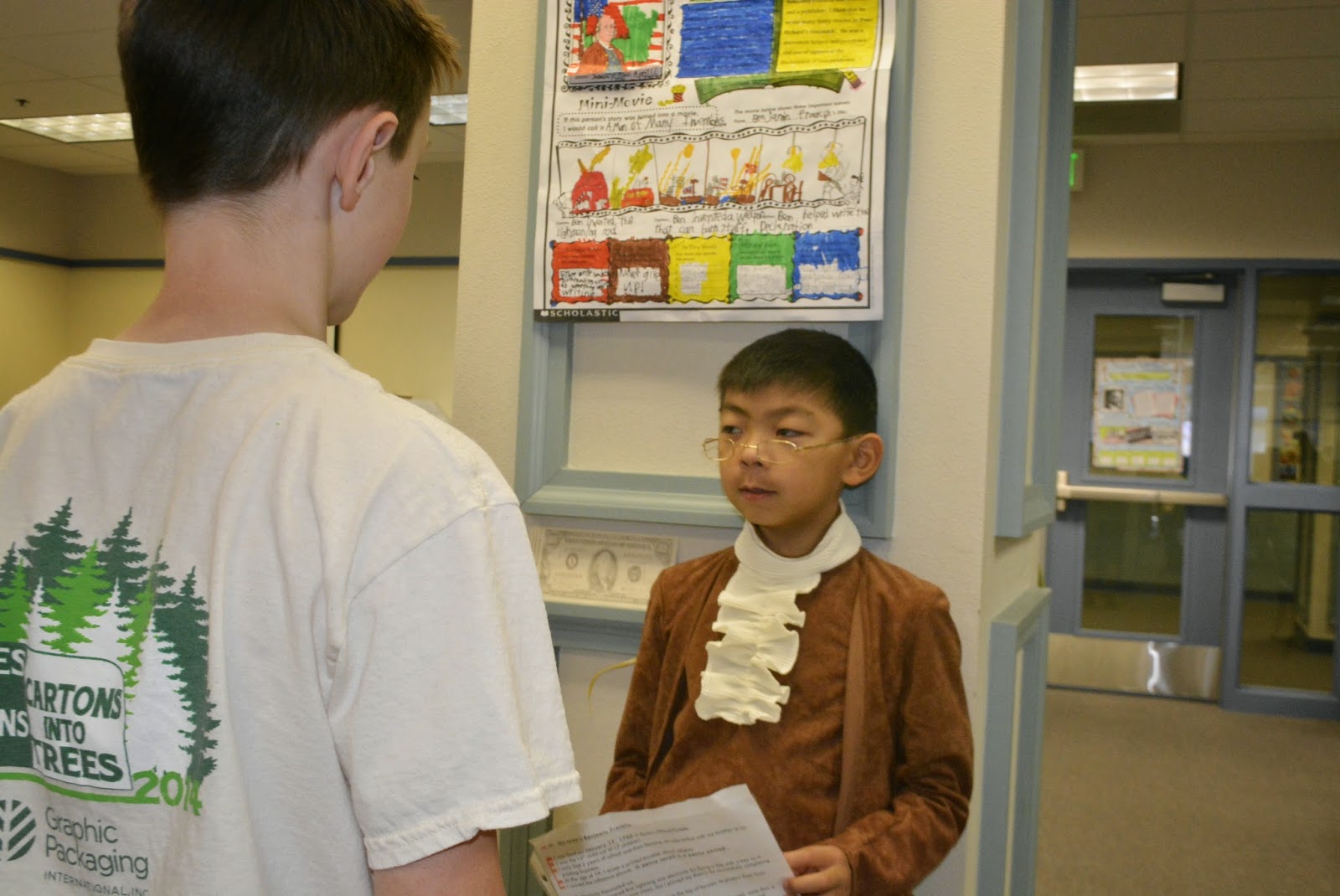 “I am so proud of the kids,” remarked Taie.  “They did such a great job of researching and sharing their information.”  Through this project students learned and used skills in online research, reading non-fiction materials for important information, writing, creating posters and public speaking. 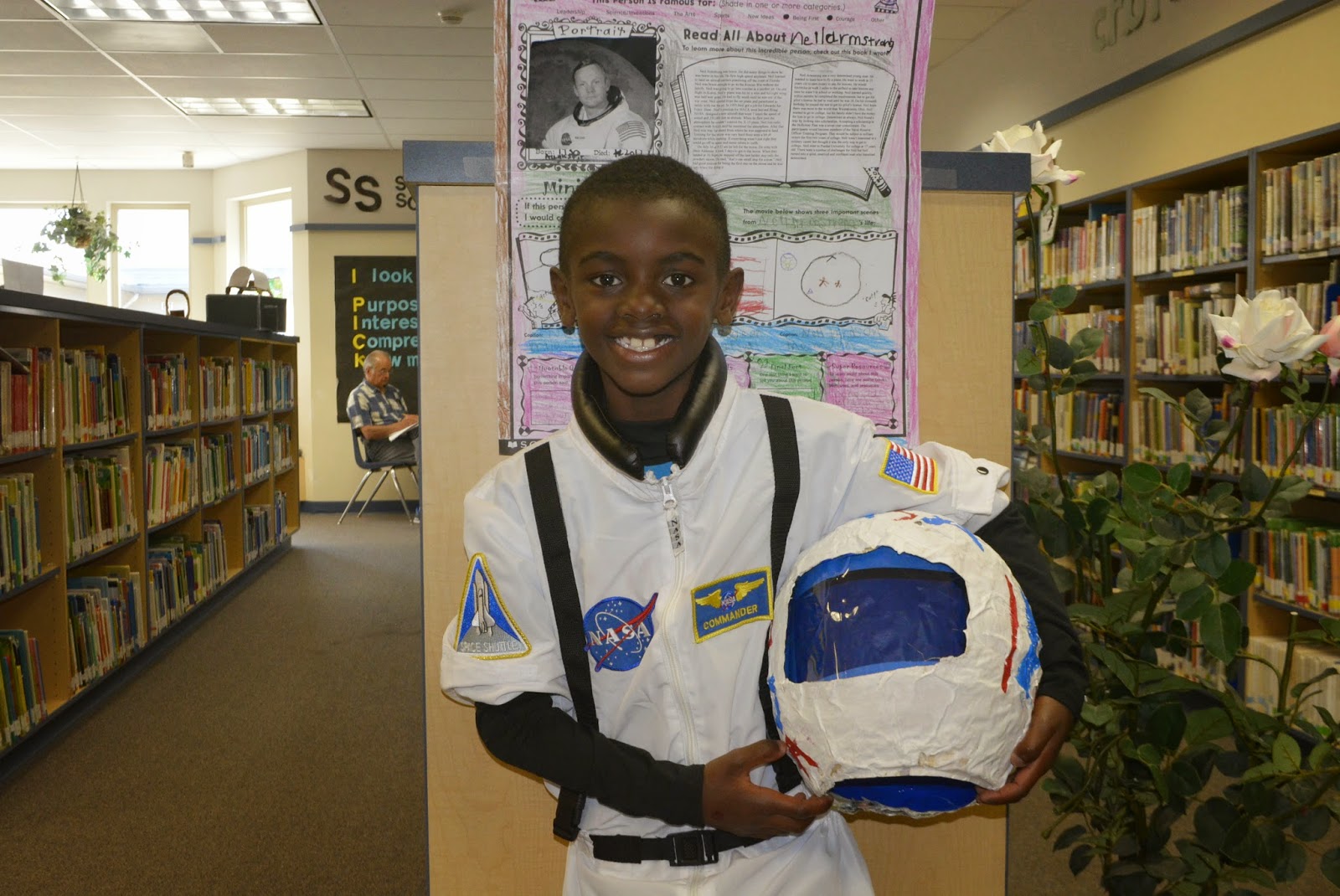 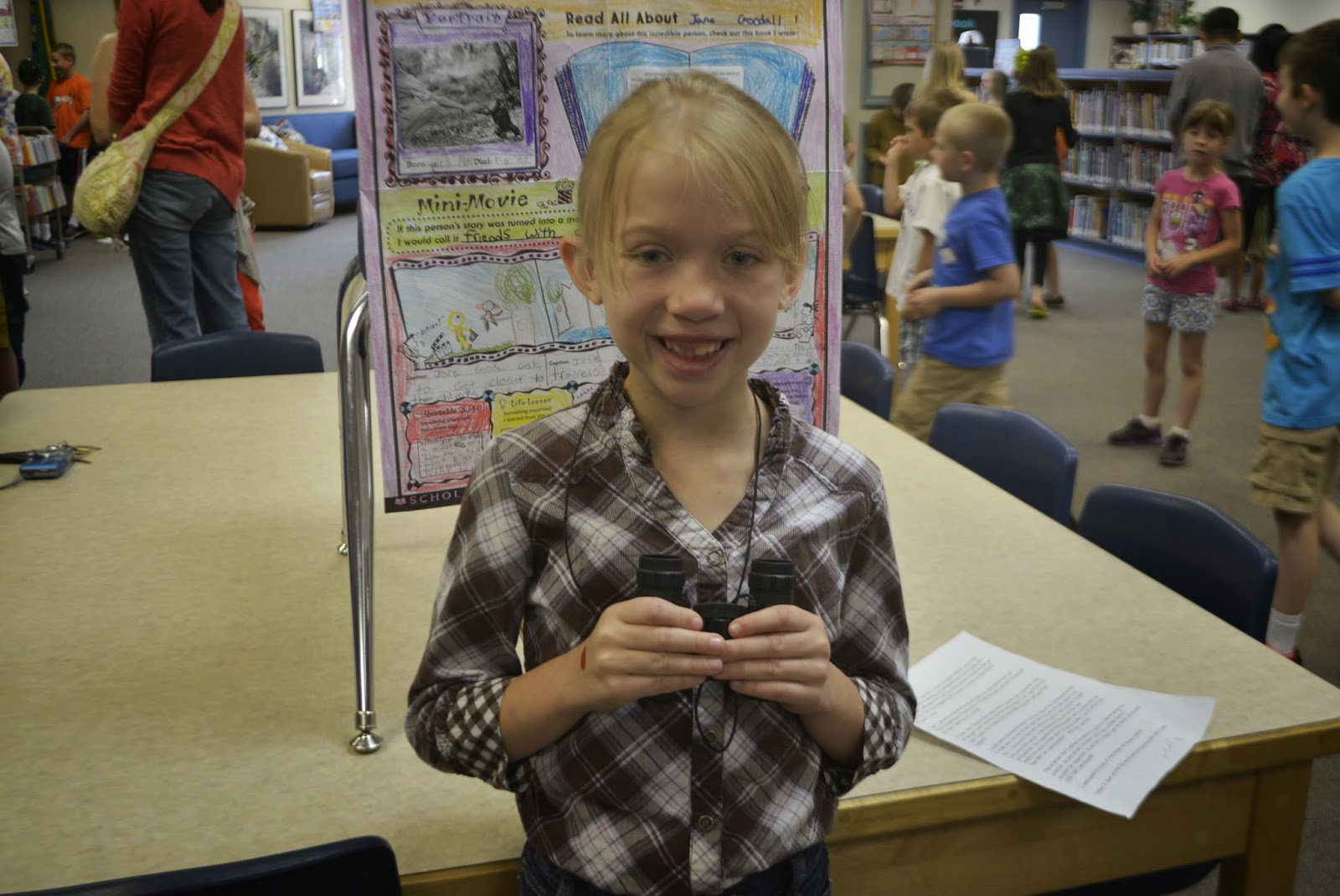 Samuel Evers chose baseball legend Jackie Robinson for his research project. “I wanted to do him because I love playing baseball,” Evers explained, wearing his own grass-stained Washougal baseball uniform and ball cap.  What surprised him most about Robinson was that he played many sports.  “His biggest challenge was being the only black player for the Dodgers” 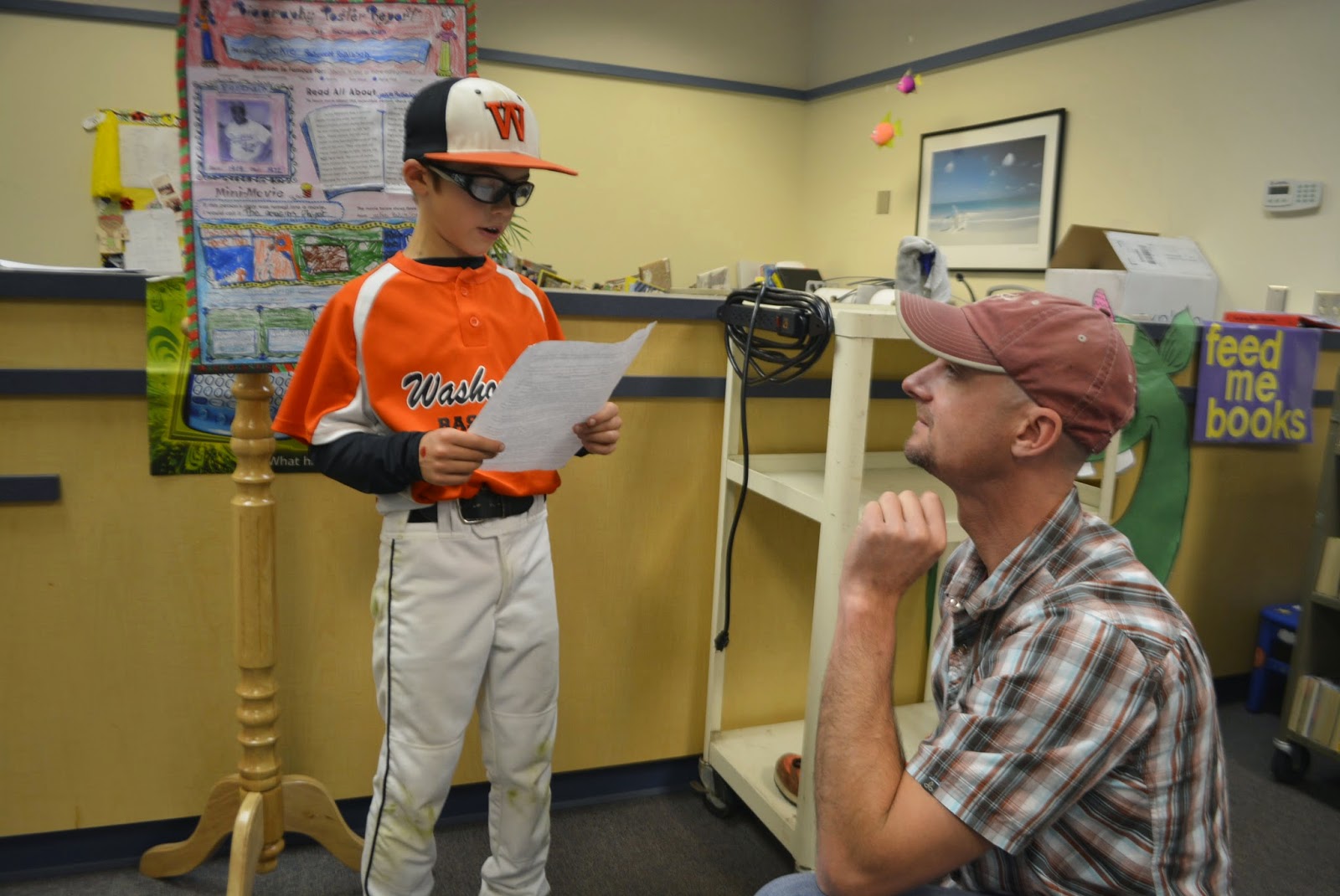 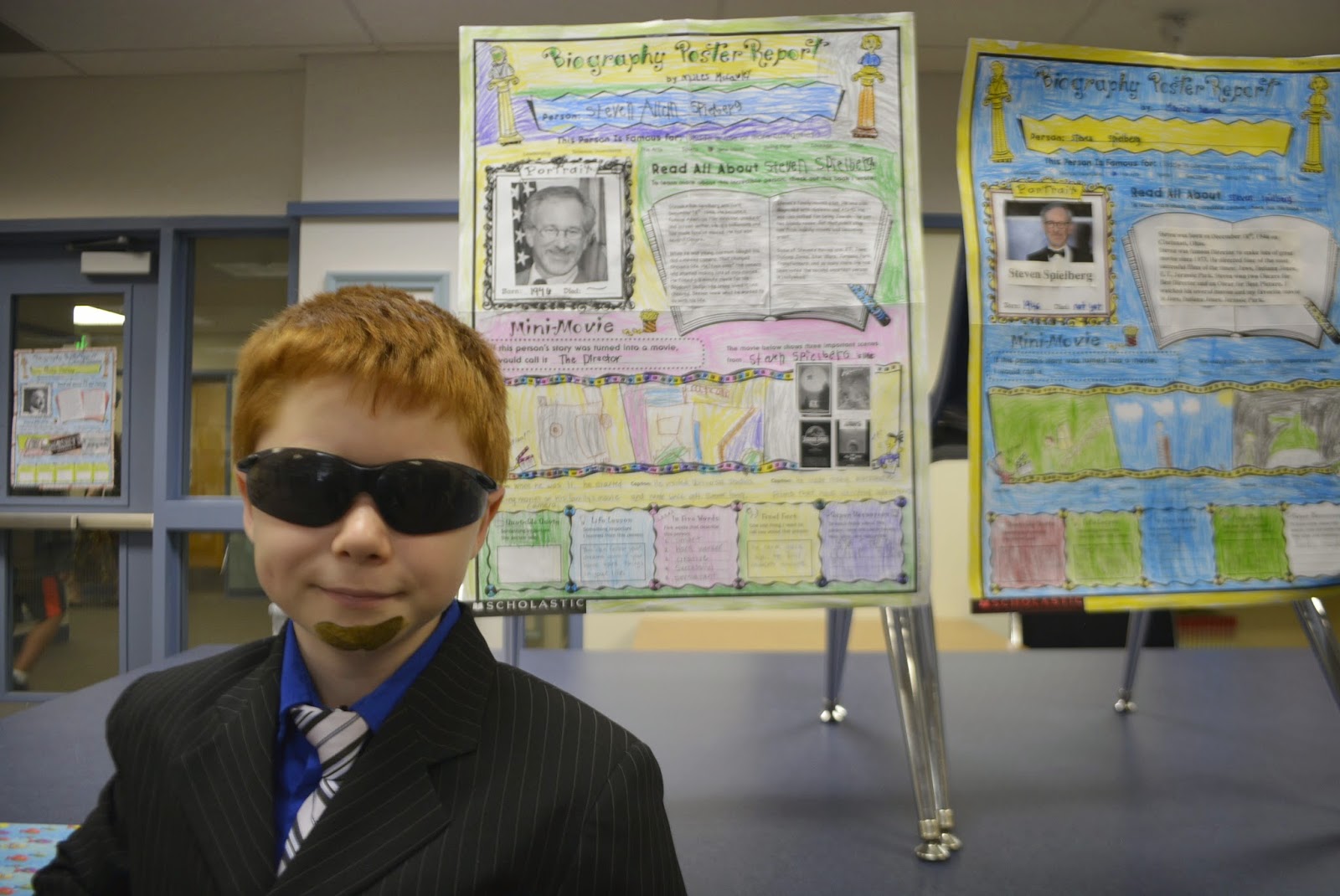 Taie said she had incredible parent support on this project from Tracey Stinchfield, Jacqueline Chase, Jenae Dryden and Jess Lowery.  “I appreciate them so much and they really helped this come together.”
Posted by Lester Brown at 10:08 AM