Gause Elementary School cafeteria and gym were transformed into science labs for experiments and discovery for their Family Fun Science Night on April 22. 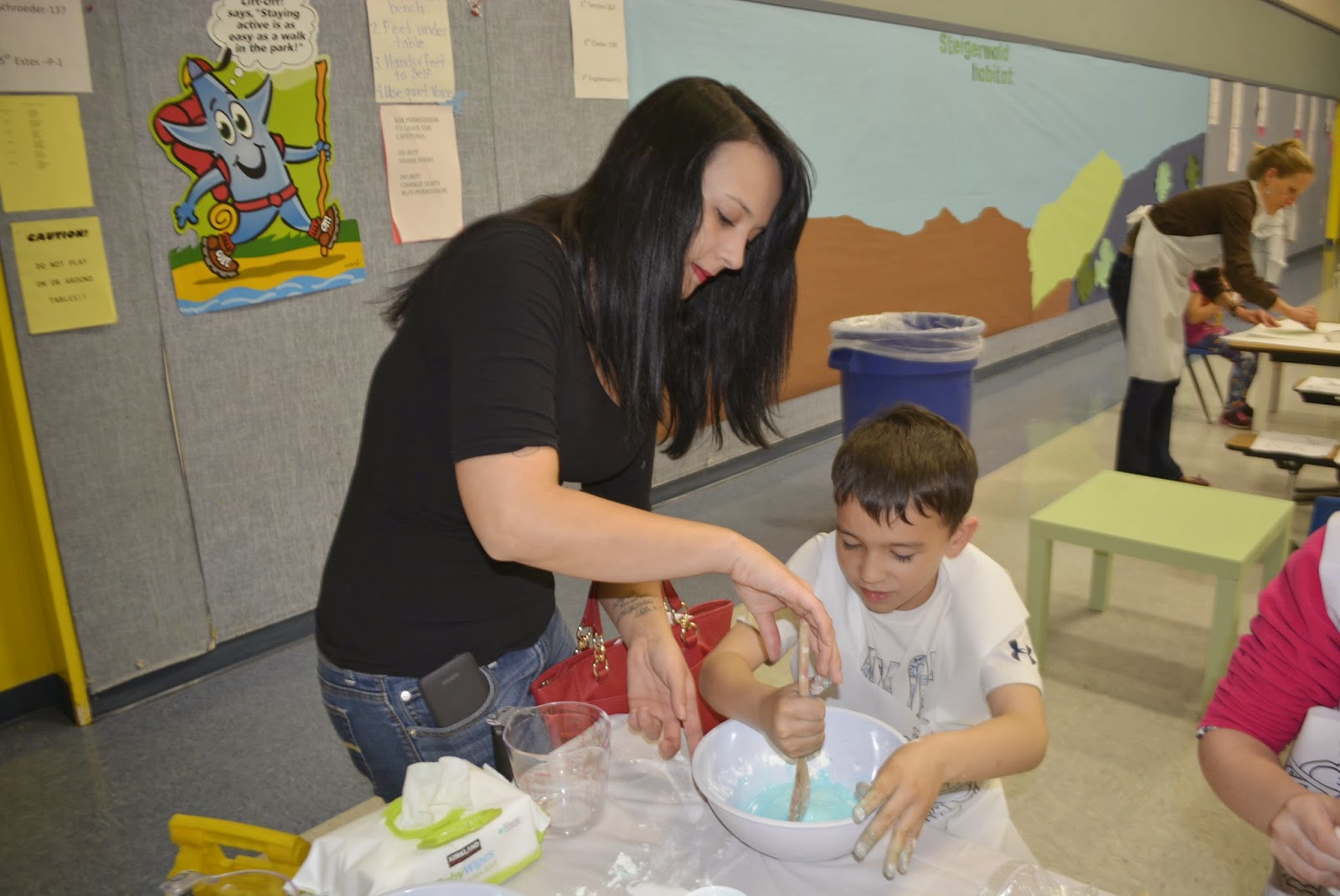 According to the event organizer, Learning Assistant Program teacher, Wendy Morrill, it has been several years since Gause had hosted a science night.  “We wanted to give kids at Gause a very hands on way to celebrate Earth Day,” she said.  “We have provided a whole variety of interesting science activities for them to experience and enjoy with their family.”   The event was attended by more than 120 people and was funded by the Gause Boosters.

Teachers and parents volunteered to staff learning stations where families could take part in activities such as experiment with the forces of gravity, build and toss paper airplanes, construct a paper skeleton, examine plastic human organs, learn about to the eco system at Steigerwald Natural Wildlife Refuge and make Oobleck.

“Making this stuff is awesome and cool,” said Gause second grader, Brayden Strong, who experienced making Oobleck with his mom, Jasmine.  “And it is messy!”  Oobleck is a classic science experiment made with water and corn starch and a favorite part of the event.  It is an example of a non-Newtonian fluid that acts like a liquid when being poured, but is like a solid when a force is acting on it.  Applying pressure to the mixture increases its viscosity or thickness.  So if it is tapped quickly it will feel solid, but if a finger is pressed slowly it will sink into it. 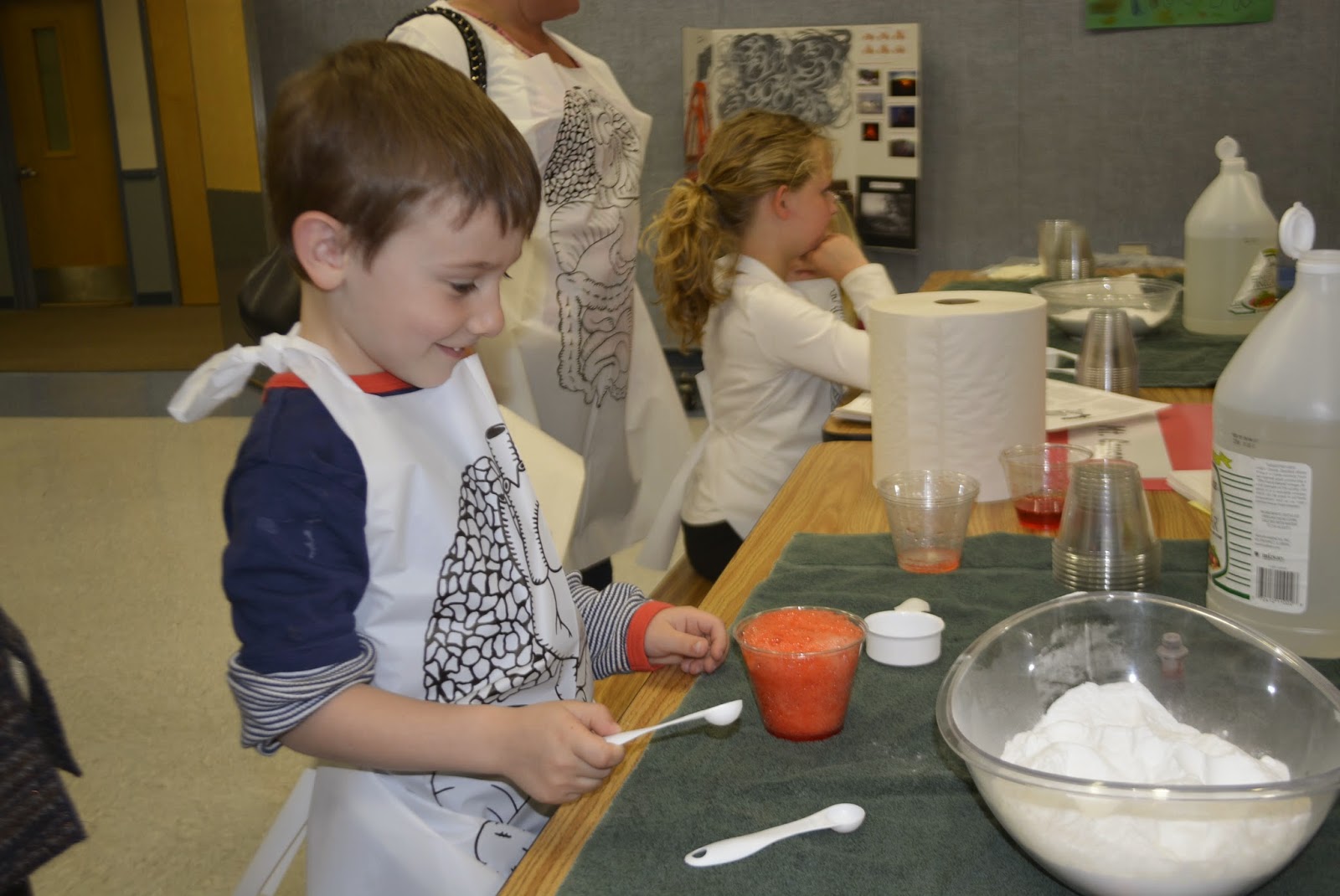 The big activity of the night was the eruption of Mt. Gause, a large model volcano.  “At one of the stations, families experimented with the chemical reaction of baking soda and vinegar on a small scale,” Morrill said.  “And then they were able to witness it all on a larger scale with the volcano that we blew ceremonially at 7:00 p.m. 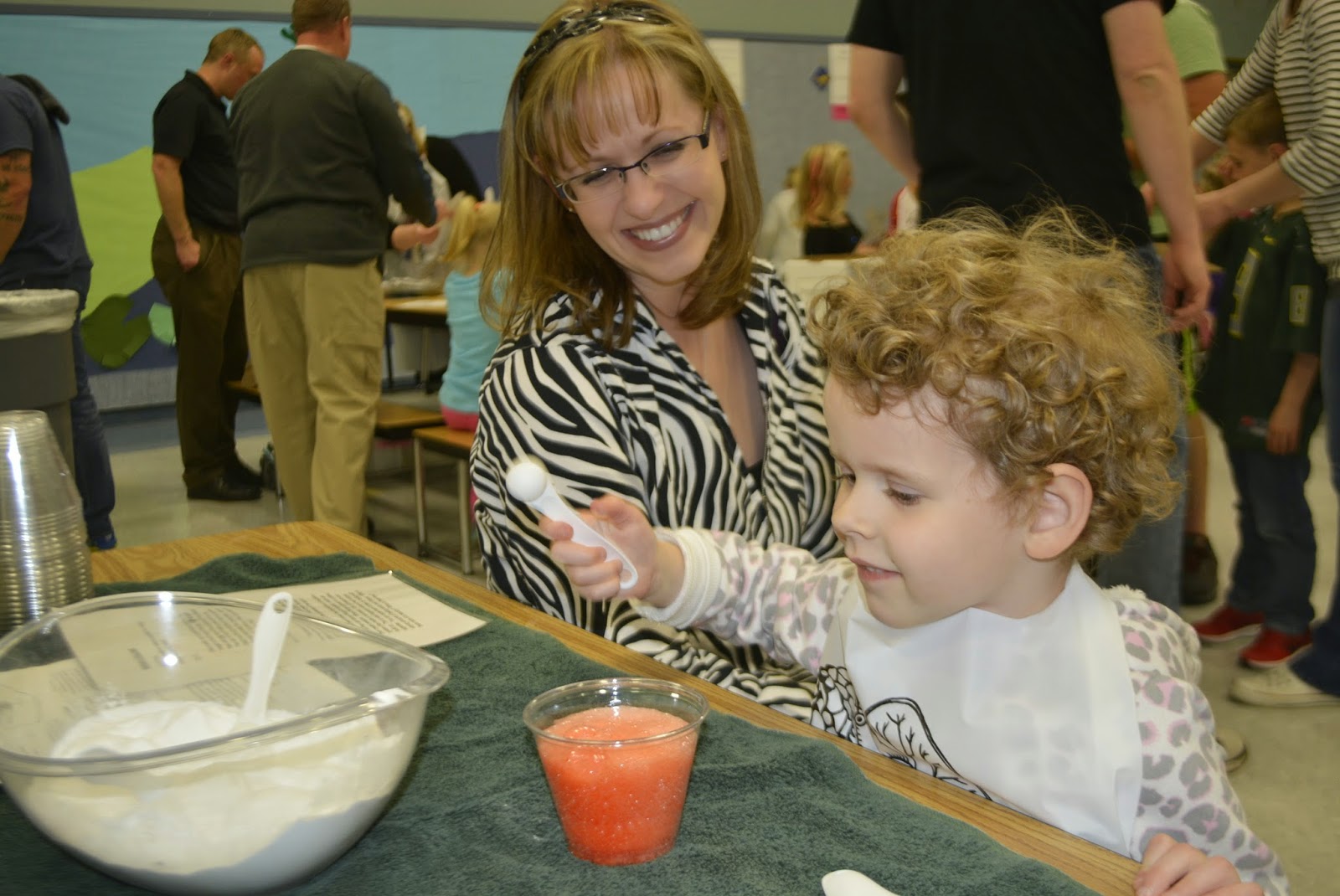 “I overheard many students saying to their families ‘Science isn't as boring as I thought.’  ‘This is so fun!’  Families were having great conversations about making predictions or explaining why something happened in the activity,” Morrill added.

“I got to do experiments that I have never seen before,” said fourth grader, Matt Brown.  “I like to experience new things and have fun with science.” 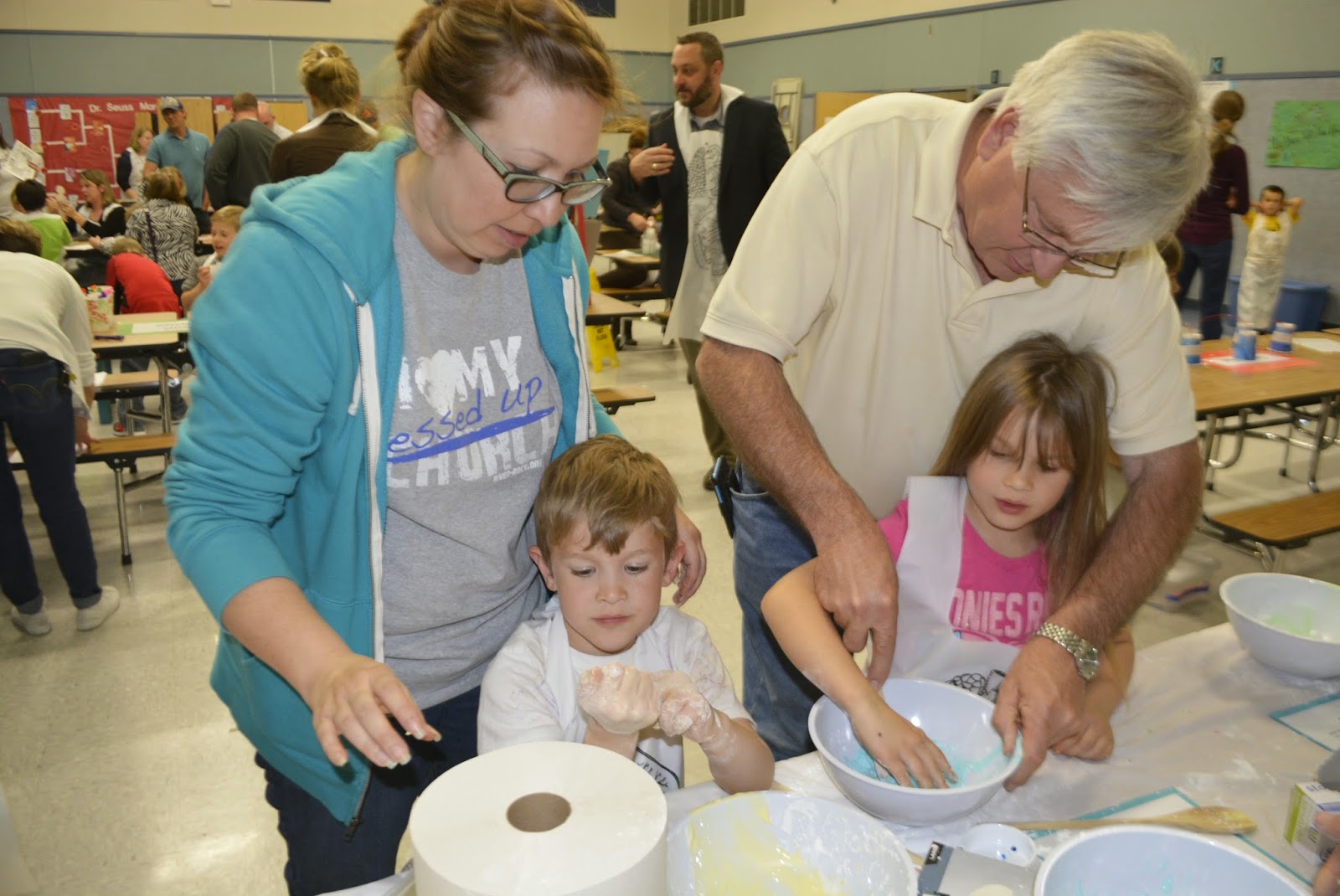 “I feel like after experiencing these activities in various areas of science they see learning about science as fun and approachable,” Morrill said.  “I hope they are motivated to do more exploring at home with their families.” 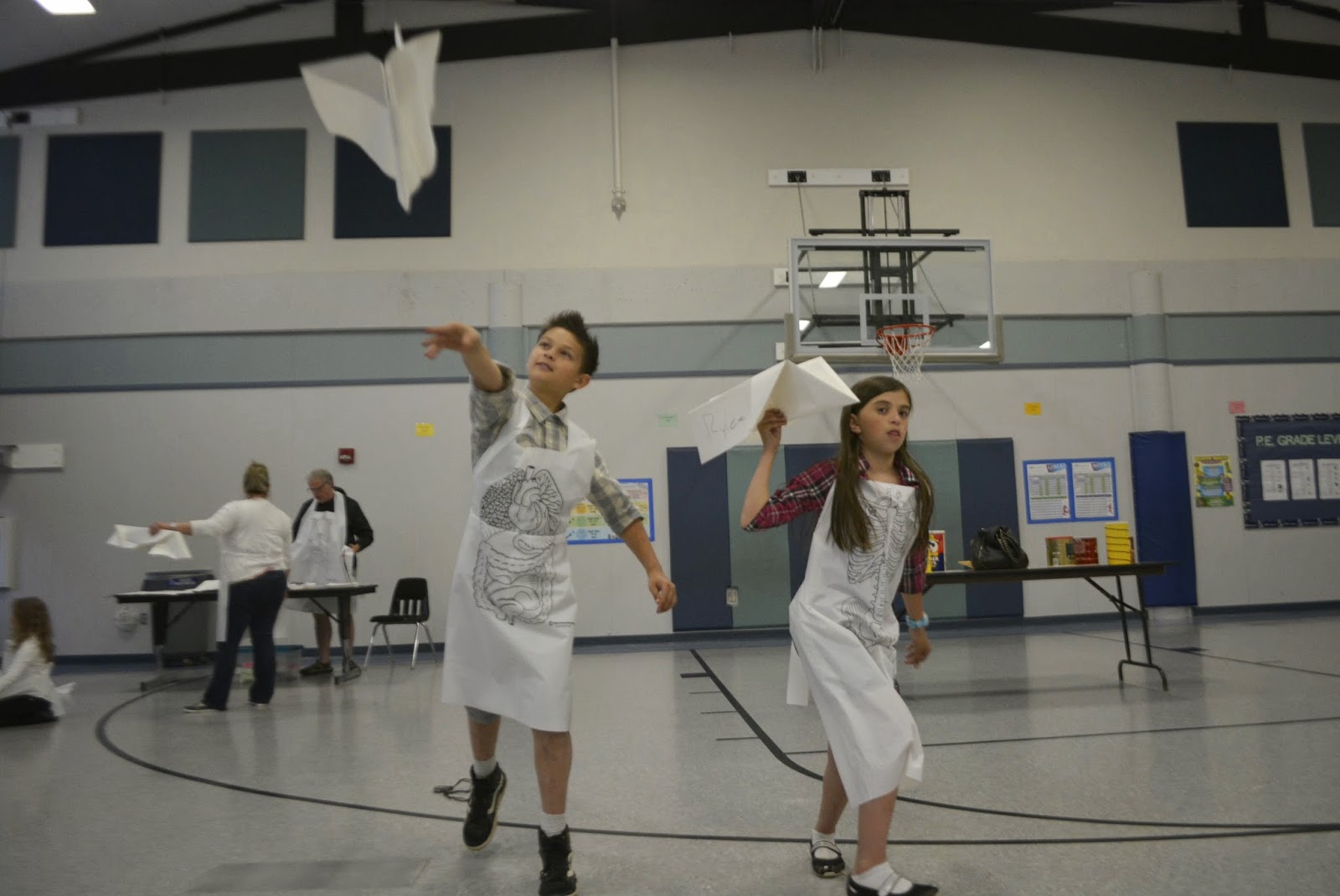 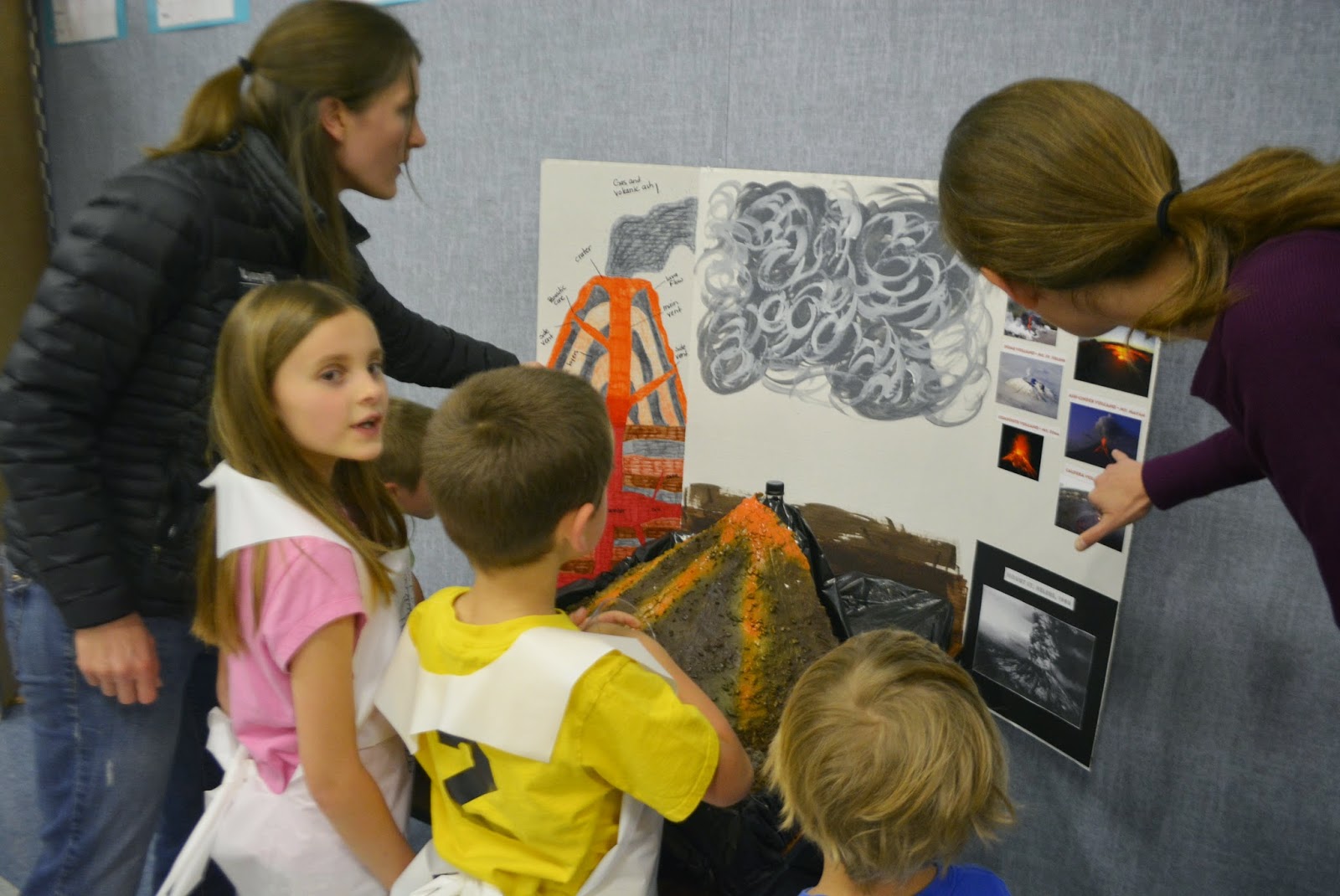